London: the 6th most expensive city in the world

What is the furlough scheme and what is its purpose?

The British furlough scheme, otherwise known as the Coronavirus Job Retention Scheme (JRS), was first announced in March 2020, on the same day that a UK-wide lockdown was announced by PM Boris Johnson. The JRS entails that eligible workers can receive 80% of their wages for hours missed due to lockdowns, shielding, caring for the vulnerable or self-isolating, for a maximum of £2,500 a month. Employers did not have to contribute to the scheme until August unless the employee was flexibly furloughed (working certain hours but furloughed for the rest).

The scheme was initially set to expire in May 2020 but was extended until October. It was then prolonged until March 2021 and has recently been extended for an additional month. These numerous extensions took place despite Chancellor Rishi Sunak expressing his unwillingness to ‘endlessly extend furlough’.

How successful has furlough been so far?

The HM Treasury has hailed it a success. In terms of its short-term aid for the population, it has certainly been of use, with 50% of workers furloughed in May returning to work by mid-August. During summer, according to ONS data, only less than 1% of the workforce was made redundant after every two-week survey period, so job retention was a success during that period.

90% of furloughed workers have remained on payrolls, ensuring the majority of workers retained their contracts with their employers. This is essential for ensuring that those who cannot return to their jobs until after the pandemic will remain employed and have a source of income.

However, it is clear that this benefit will not apply to everyone. Certain workers, especially those in the arts and entertainment industry, are least likely to benefit. Their livelihoods are the most likely to disappear after the continuous lockdowns that have put an end to performances and exhibitions, leading to a decline of much of the industry’s sustainable income.

In addition, the speed at which the JRS was unveiled was at the expense of rigorous eligibility checks for those partaking in it. According to HMRC, up to 10% of the £3.5bn distributed by the furlough scheme in mid-August might have been given as a result of fraudulent claims, of which 40% belonged to small businesses.

Overall, though, despite the perhaps inevitable lack of scrutiny and disposal to error, the furlough scheme has been a success in the short-term.

How will the UK and its economy fare in the future as a result of the furlough scheme?

Unsurprisingly, the furlough scheme has racked up a great deal of debt for the UK. Debt has been at its highest since wartime. As of October, the government had spent more than £40bn on the JRS alone, with the months following the introduction of the scheme being exceedingly high for government borrowing. This was at its highest rate just after the introduction of the scheme – above £40bn in a single month – and remains high (estimated at £31.6bn in November).

For those who have been fully rather than flexibly furloughed throughout the scheme’s existence, their job prospects seem remote. By the time the JRS will end in April 2020, surviving businesses may be more reluctant to hire the same employees that were put on furlough after having survived for more than a year since the furlough scheme’s introduction. After the many months of cuts and hardships these businesses may have faced, it might seem unnecessary to hire employees at an extra cost, which has already been made evident by the total number of workers being made redundant at its highe

st level in eight years. This is likely to result in an increase of unemployment once the JRS ends.

With the new highly transmissible strain of the virus resulting in Christmas and New Year celebrations being cancelled for most of the UK’s population, as well as another variant from South Africa threatening to further prolong lockdowns, it is clear that the economy is going to be in an even more precarious state.

Will the furlough scheme’s extension until April 2021 be enough?

80% of the population of England has been put into Tier 4 from New Years’ Eve, which is a substantial threat to the existence of all non-essential shops, which have been forced to close, as well as restaurants, pubs and other hospitality venues. The vast majority of furloughed workers have jobs in retail and food services, and many shops and restaurants have gone into administration or closed down for good, a notable one being a staple shop on UK high streets, Debenhams.

The new strains and their likely effects raise the question of whether the extension of the scheme until April will really be sufficient. The launch of the Pfizer vaccine rollout as well as the recent approval of the AstraZeneca vaccine certainly raise hopes that life will be back to normal soon, but after the unprecedented introduction of Tier 4 and the prospect of a national lockdown if cases continue to skyrocket, the economic effects can certainly not be overlooked.

Other European countries have extended their systems of financial aid and job retention for much longer than the UK. For example, France’s ‘chômage partiel’ has been extended to the end of 2021, as well as Germany’s ‘Kurzarbeit’ scheme. It could be argued that this is a matter of confidence, due to these countries having a much lower supply of vaccines than the UK and a slower start to vaccination, especially as the UK has already bought over 100m doses of the AstraZeneca vaccine.

However, the prevalence of the new strain in the UK means that the economic impacts will likely be much greater than in France and Germany, and this was already the case in the absence of the new variant, with the UK’s economy being the worst hit out of all major European economies in the second quarter.

It does seem that recovery for the UK is on the horizon with the arrival of vaccines and hopes of returning to normality by Easter, but the economic effects of the virus will not disappear with its transmission. The furlough scheme has been beneficial for many, for both employees and employers. If necessary, perhaps the scheme will need to be extended, but the consequences of furlough need to be addressed too. The debt it has accumulated in addition to the blows to the economy dealt by lockdowns mean solving the economic crisis will take much longer than controlling the pandemic itself. It is essential, therefore, that the government continues to provide support for workers, especially for those who have been made redundant or young people struggling to find a job amid the economic crisis. 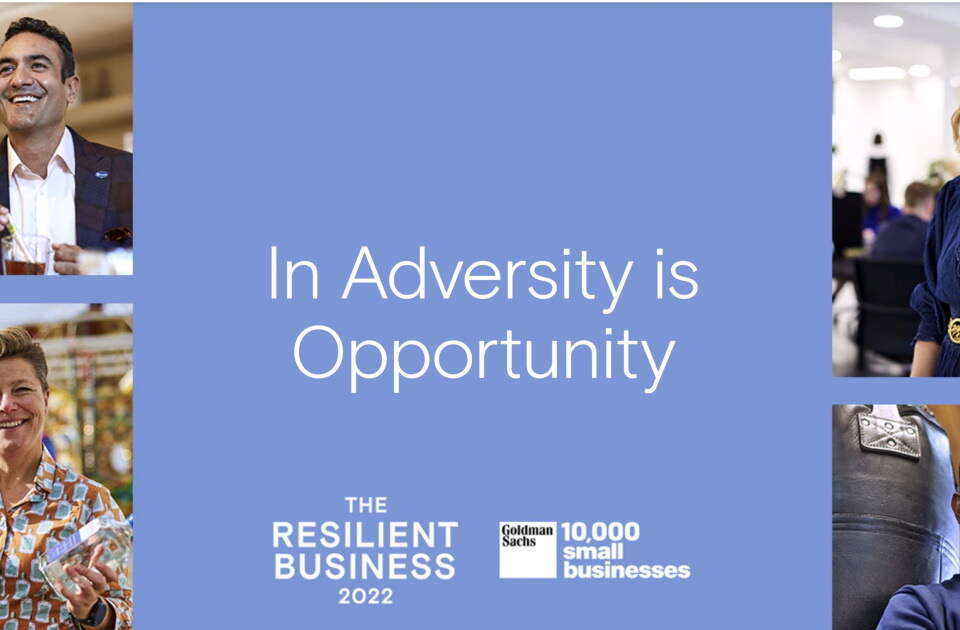 In Adversity is Opportunity